The Ospreys are Back at the Strafford County Complex!

The platform was occupied annually from 2004 until 2015. Data obtained since 2005 was gathered by NH Audubon volunteer Dan Hubbard. From 2004-2015, 9 of 12 nesting attempts were successful. A total of 20 young fledged. The 2007, 2014 and 2015 attempts failed during incubation. After the last two failures, in May of 2016, Chris Martin and Dan Hubbard replaced the predator guard that had fallen off the tree. The Osprey, however, did not subsequently use the platform for nesting.

In March of 2018, it was determined that the Osprey nest platform was in poor condition and would need to be repaired or replaced. After approval from County Administration, Dan Hubbard, with input from County Forester Andrew Fast and Chris Martin, pursued this objective. It was decided that a new nest platform would be most feasible and a new site on the conserved property was chosen. Seacoast Chapter of NH Audubon member Richard Bickford volunteered to build a new platform with funding provided by the Chapter. Richard contacted Eversource, who agreed to donate the installation of a pole to support the nest platform.

The new Osprey nest platform was erected on Feb. 26, 2019 under frigid and blustery conditions. A hardy crew from Eversource subcontractor JCR Construction Company, Inc. of Raymond performed the pole installation. Richard's wife Sue Bickford created a short video of the process that can be viewed at the end of this presentation.

In May, 2019, a pair of Osprey has returned from migration and built a nest on the new platform. They are incubating eggs and hopefully will successfully fledge young this year and many years in the future.

Dan Hubbard has coincidentally developed a wildlife list for the conservation property that includes 171 species of birds as well as lists of mammals, amphibians and reptiles, butterflies, and damselflies/dragonflies. He can provide these lists to anyone interested, danielhubbard@peoplepc.com.

Commissioners George Maglaras, Bob Watson, and Deanna Rollo, thanked all those involved in the efforts to repair and re-install the Osprey nest platform this year for their hard work at ensuring that the Osprey return to Strafford County to nest along the Cocheco River. 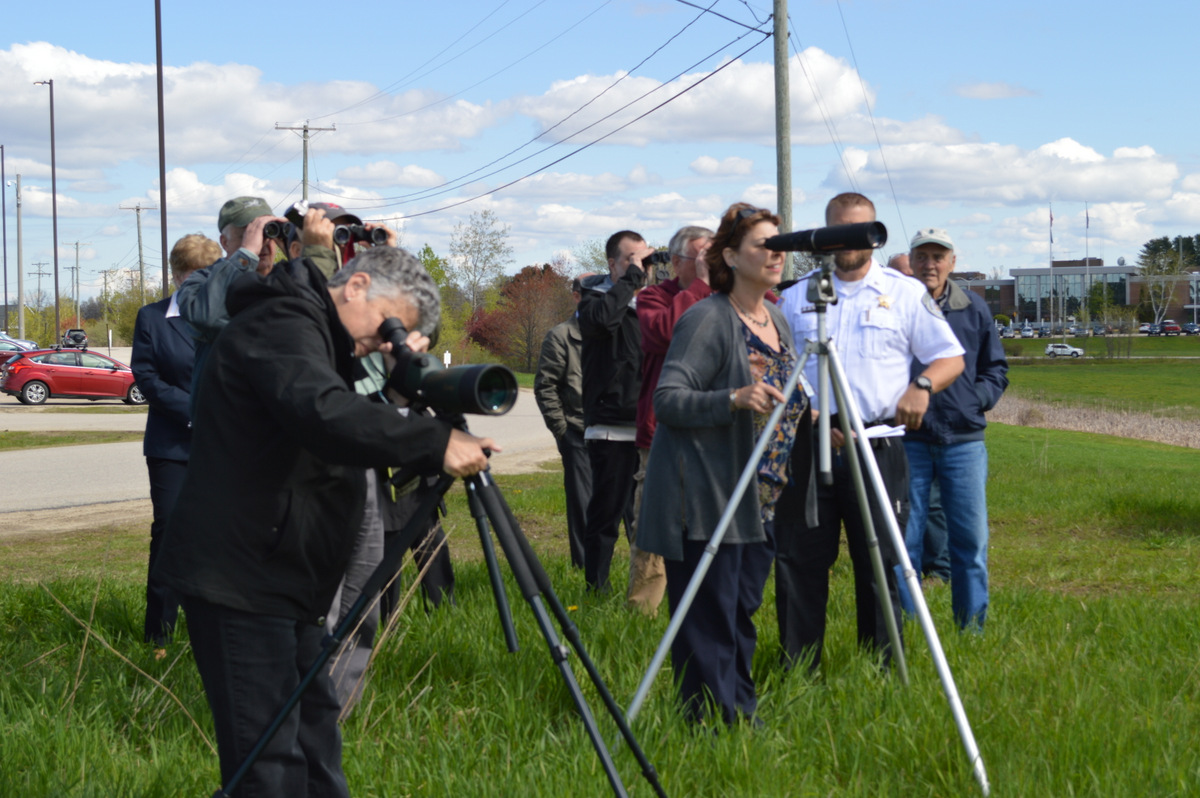